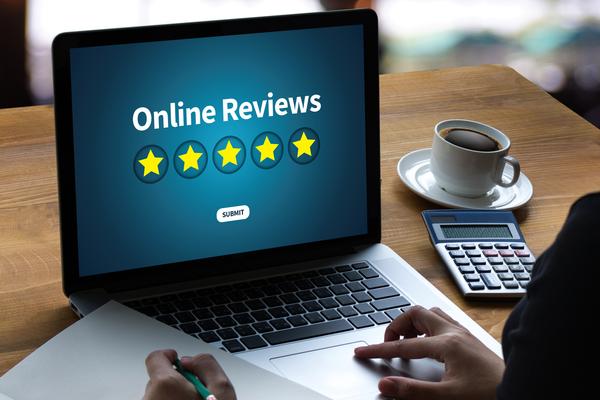 Two months ago, The Guardian released an article that found that TripAdvisor had been telling women travelers who had been raped or sexually assaulted at hotels listed on TripAdvisor to just leave a review explaining their experience. While many women did, they wanted TripAdvisor to flag these hotels in some way, as their reviews would fade away among those that came after it.

Now, after public pressure, TripAdvisor has announced that they’ll flag sexual assault warnings on reviews so that travelers can know which hotels and resorts have been at the center of rape and sexual assault crimes.

They’ll do this by having a filter on each property that allows users to see if there are reviews with safety warnings that include rapes, drugging, sexual assault or robberies.

TripAdvisor was prompted to look through their reviews after an article was released from a Free Press investigation that found that victims of sexual assaults in hotels and resorts in Jamaica had reported their assaults on TripAdvisor, but some of the hotels and resorts had worked hard to cover up those experiences, and many of those reviews were buried away by others making it impossible for travelers to be informed about the safety risk of those properties.

The travel giant found that in 2018, they had 1,100 reviews that referenced sexual assault by travelers across the globe.

“When your article hit, we started re-evaluating our policies,” TripAdvisor spokesman Brian Hoyt told the Free Press. “One incident is horrible — 1,100 is horrific. Having read through many of these accounts, it really motivated us at TripAdvisor to make sure we do right by these survivors and help them find a way to share this information with others.”

Even though TripAdvisor has added these sexual assault filters, some people say it’s not enough. As of late, a petition has been circulating on Change.org calling on TripAdvisor to make sexual assault reviews more visible. About 500,000 people signed the petition for a woman named Kay who was raped by a tour guide who had great reviews on TripAdvisor. She had left a review on his business page but her review was deleted by TripAdvisor, because according to the company, it was written in third-person and not first-person which is their policy. Kay also sent emails to TripAdvisor which were ignored for weeks.

Change.org officials are delivering the petition to TripAdvisor’s New York office today, one day after TripAdvisor made the announcement that they’d be making sexual assault reviews more visible.

“The world’s largest travel site shouldn’t recommend women hire rapists for their next vacation,” Change.org said in a statement. “TripAdvisor needs to know that Kay isn’t giving up until they make meaningful changes.”

TripAdvisor responded by saying they would help get Kay’s story out to the public.

“We offered Kay to write a review, she turned it down,” said Hoyt. “We offered to help her set up a second anonymous profile where she could leave a nondescript review of what happened to her, and she refused that as well. We’ve given her multiple opportunities to write. If Kay wants to write a review of what happened to her, we’d let her. She has chosen not to do that.”

Hoyt claims that Kay wants TripAdvisor to pull the business listing for that tour guide, but they’ve denied this request, claiming that they will list every tourism business to help travelers know what’s in each destination – whether good or bad.

“We have a lot of businesses that are poorly reviewed on TripAdvisor and they would love to get pulled. But we have a policy that every business that’s open be listed,” Hoyt said. “If we pulled bad businesses off the site, it would enable them to operate in the shadows without any transparency.”

The move by TripAdvisor to make sexual assaults and rapes more visible on their site seems like a long time coming especially since they’ve had issues with this in the past. In 2017, TripAdvisor apologized to a Texas woman who wrote about her rape at a Mexican resort. They removed it because it contained graphic language which at the time “violated community standards.” This policy has since been changed and TripAdvisor reloaded the sexual assault claim.

Soon after, a Milwaukee Journal Sentinel investigation claimed that TripAdvisor had deleted reviews from travelers who had reported rapes and alcohol-related blackouts in Mexico resorts.

TripAdvisor claims that sexual assault reviews haven’t and won’t be taken down – except when victims of sexual assault or rape share their experiences in ways that don’t fit within “policies” such as with what happened with Kay and her third-person account. Whether TripAdvisor will be changing the first-person/third-person policy is unclear, especially when you consider how difficult it is for sexual assault and rape victims to process their trauma, which may include removing themselves in their written accounts via third-person.

To find the new filter, scroll down to the reviews. Below “Traveler Rating” and above “Popular Mentions,” you’ll see a filter that says “Traveler Safety,” but this only appears if the hotel has been flagged by TripAdvisor. You can click the box to read reviews that deal with sexual assault, rape, drugging or robberies.

Keep in mind, this system doesn’t appear to be perfect. Sandals Montego Bay and Breezes Resort & Spa Bahamas All-Inclusive do not have a “traveler safety” filter boxes on their reviews. However, if you type in the words “sexual” or “sexual assault” into the search box, reviews appear that document inappropriate and sexual harassment behavior by staff at both of these hotels.

Amanda T. wrote a review about Breezes Resort & Spa Bahamas in 2014 that read, “Another thing that was rampant with the male staff was making sexual advances towards the tourists.” She added, “One day it was windy and the employee at the outdoor grill offered to ‘come warm me up in my room later.’ This is completely unprofessional and inappropriate.” Her review details her complaints about this harassment and the issues she faced when reporting it to management.

Similarly, user jcplt wrote a review in 2005 about a Sandals Montego Bay employee putting his hand up jcplt’s wife’s dress while she was on the dance floor. “Sandals tried to hide behind the fact that they ‘were investigating’ and the employee continuously denied the happening,” he wrote. “When all was said and done, I spent my last few hours in Jamaica meeting with the top two managers, signing legal release forms in return for free trip to any Sandals.”

Neither Amanda T. or jcplt’s reviews appear with a “Traveler Safety” filter. If travelers want to be diligent, they should also search for words like “sexual assault” or “rape” in the search box of the review.