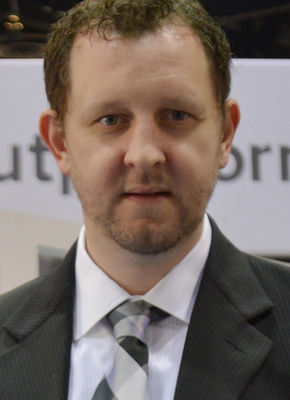 It was no accident that the stage comprised three female hoteliers during the “Revenue Professional’s Guide to Asset Value and Profitability” session at HSMAI’s Revenue Optimization Conference on Wednesday.

Led by Kalibri Labs’ Co-Founder and CEO Cindy Estis Green, the three women suggested the importance of a revenue leader in today’s hotel has paved the way for women to move up the hospitality career ladder.

Women make up a large percentage of revenue managers throughout the industry and the panelists suggested that, because revenue managers have ascended into leadership and even executive roles at many hotel companies, this profession has helped women break the glass ceiling. Now more than ever, women are making critical decisions that affect the bottom-line profitability of individual hotels and entire hospitality companies.

And they’re making critical changes to how revenue teams operate as well. Estis Green is leading this charge, highlighting the importance of a shift from traditional revenue management to a more holistic approach termed revenue strategy.

“The revenue role needs to be expanded,” Estis Green said. “Sales and digital and branding need to all be aligned and focused on the best opportunities, not every opportunity.

“Be smart and surgical in the way you target your business,” she said.

“Revenue management is the key to the business,” added Kim Gauthier, Senior VP at HotelAVE, which provides asset management services to 48 hotels in North America, Canada and Latin America. “RMs should have a lot more control than they’re given. This is an opportunity for them to bring a lot more ideas to the table and then present the problem with new ways to get it solved.”

She said revenue teams should ask themselves what they can do to “break down the silos” between complicated hotel operating departments. Key questions they should ask are: What is the investor trying to accomplish? How long will it take to stabilize the asset? If it were me and I were responsible, what would I do?

“And then bring those ideas to the table,” she said.

Gauthier outlined the importance of a revenue team by compelling the audience to think about who their decisions affect.

Net Operating Income “is what pays the debt service,” she said. “The decisions that you’re making affects a lot more people above you. This is someone’s pension plan, it’s someone’s inheritance.”

Estis Green said revenue management is no longer just about pulling pricing levers; the role has expanded to ensure the hotel is building the right mix of business.

“The purpose of the revenue meeting is to sit around in a group and strategize,” she said. “Present the problem and, as a team, identify a solution.”

Estis Green showed Kalibri data from their 52,000 participating hotels that suggested 75% of the average hotel’s RevPAR comes from four rate categories: Rack/BAR, group, corporate and OTA. Of the four categories, OTAs rank third in amount of contributed demand but fourth in contribution to Net RevPAR.

Almost all business comes through digital channels, she said, which can be quite costly.

“The digital marketplace is powerful and super expensive,” Estis Green said. “Traditional revenue management is an important component but determining overall business mix has to be more than filtering rates and inventory.”

She implored revenue managers to take that same concept of filtering and apply to the top of the funnel, suggesting they be more proactive in determining the right business for sales teams to target.

“Instead of going after every group, every digital opportunity, be selective,” she said. “Ask how we can align our spending with what’s in the market and take net revenue into account.”

Estis Green said RevPAR Index is a simple way to communicate where the hotel stands to key stakeholders, but she questioned whether it was the right metric for revenue managers to measure their success.

“It’s all about channel mix and optimization,” she said. “Sometimes I don’t want to be indexed 100 in the group segment, I want to be 175, and maybe in some other channels I’m fine being 50 or 75.”

Fox said that through 20 years of watching the hospitality industry transform, she now sees the need for a revenue leader in the C-suite.

“What you guys do is very complicated,” she told the audience. “But you’re still very siloed on the management and brand sides. You almost need a Chief Revenue Officer, someone who’s as senior as the GM and understands all the levers and is responsible for the P&L.

Duetto provides a suite of cloud applications to address hospitality’s complexity in distribution and technology, providing solutions that increase organizational efficiency, revenue and profitability. The unique combination of hospitality experience and technology leadership drives Duetto to look for new and innovative solutions to the industry’s greatest challenges. Duetto delivers software-as-a-service to hotels and casinos that leverage dynamic data sources and actionable insights into pricing and demand across the enterprise. More than 3,000 hotel and casino properties in more than 60 countries have partnered to use Duetto’s applications, which include GameChanger for pricing, ScoreBoard for intelligent reporting and BlockBuster for contracted-business optimization.