Chef Oli Martin has become the first finalist of Masterchef: The Professionals to win Four AA Rosettes, which were awarded to Hipping Hall by Kirkby Lonsdale at yesterday’s AA Hospitality Awards in London. One of the industry’s most prestigious accolades, four rosettes are only awarded to restaurants deemed among the top in the UK, where the cooking demands national recognition. These restaurants exhibit intense ambition, a passion for excellence, superb technical skills, and remarkable consistency.

Located on the borders of Lancashire, Yorkshire and Cumbria, Hipping Hall is a modern restaurant with rooms serving food sourced from the Three Counties. Oli has held the position of Head Chef there for five years, having joined the restaurant’s kitchens as sous chef in 2013. His upbringing in Lytham, Lancashire, has inspired cooking that is firmly rooted in the countryside of the Northwest, reflected not only in the provenance of the ingredients but also the menu’s creativity. Fresh seasonal produce is the underpinning of all that him and his team create, with a focus on sourcing from local suppliers wherever possible, including the likes of The Courtyard Dairy and Gale Farm Honey. Oli’s innovative use of local produce took him to the final of 2018’s series of Masterchef: The Professionals, where him and two fellow finalists travelled to Valence in France to cook with three Michelin-starred chef Anne Sophie Pic at her world-famous restaurant. 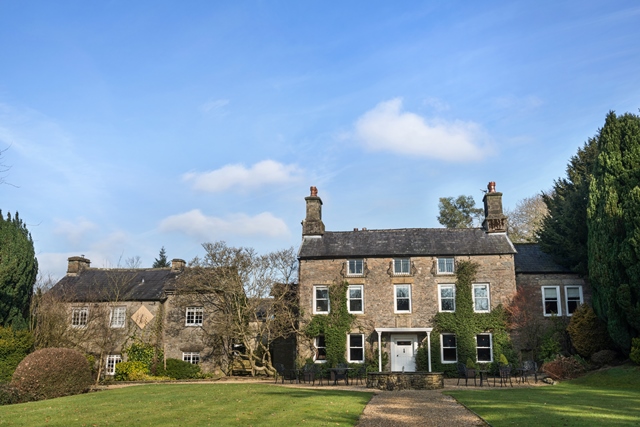 Back at Hipping Hall, Oli’s menus change daily depending on availability of ingredients, with a five-course (£29.50) or seven-course (£45) set menu served at lunch and an 11-course (£80) menu available for dinner, with fully vegetarian options also offered.  Dishes might include Oli’s take on Lancashire favourite the Butter Pie, made with caramel onion and Mrs Kirkham’s Lancashire cheese; a Lancashire Rose made with local beetroot and perilla; Goosnargh chicken with seaweed and shiitake; Yorkshire strawberry with meadowsweet. Hipping Hall’s wine list features carefully selected small organic and bio-dynamic wine producers – the perfect pairing for Oli’s food. Guests eat in a 15th century dining room complete with oak timber beams from ships, original stone flooring and chalk and gritstone paint. The restaurant is adjoined by an Orangery with a metallic wallcovering, sophisticated Chesterfield sofa and Hipping’s ancient well embedded in its stone flagged floor. 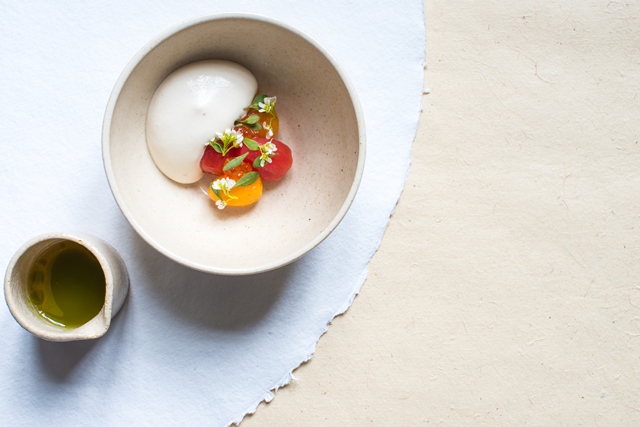 “Four AA Rosettes is something myself and the team have been working towards for the last few years now and I couldn’t be happier to see the determination and hard work finally pay off. Making the Masterchef final was such an achievement, but it feels all the more special to win something with the brilliant team at Hipping Hall team by my side.”

“I’m so thrilled for Oli and the whole team at Hipping Hall. Attaining four rosettes has been a long-term ambition of ours, so to have this finally confirmed by the AA is fantastic.”