Recently, the Manchester Evening News revealed that Manchester’s food and drink scene is growing at three times the rate of London’s. For those living in the city, it doesn’t feel a far-fetched stat: new venues seemingly spring up every week, with a large majority of them offering genuine quality and intriguing concepts to boot.

One such restaurant which has come to be a symbol of Manchester’s upscale foodie renaissance is Spinningfields’ beloved 20 Stories, launched in the city by D&D London in February 2018.

Almost two years since it opened its doors, the bar and fine dining destination hasn’t fallen victim to the ‘honeymoon phase’ often experienced by high-profile openings, with diners and drinkers still flocking to the space in their droves.

Now, as 20 Stories approaches its two-year anniversary in the city, sales and marketing manager Becky Wilkes – formerly of Manchester House – plays an increasingly important role in ensuring that the restaurant doesn’t get lost in amongst a noisy, competitive market. 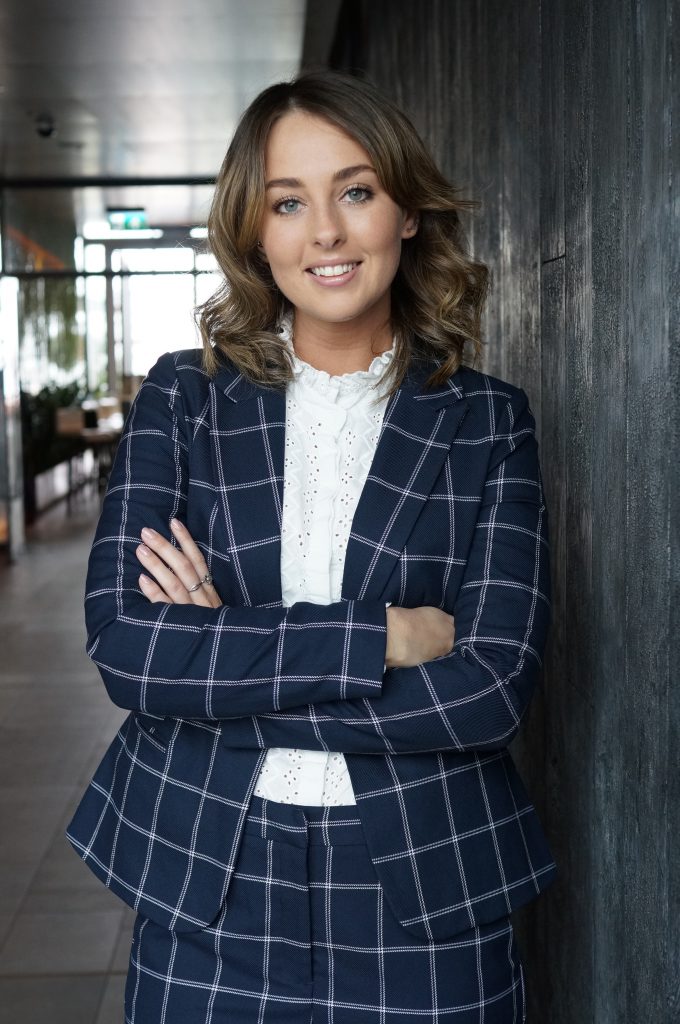 “Manchester is expanding on a huge scale, developing further on a daily basis. In tandem with this, the dining scene has really stepped up a notch, as we’ve welcomed the likes of us, Wood, The Ivy, Albert’s Schloss, Hakwsmoor, El Gato, and even Mana – which has brought home the bacon with a Michelin star recently.

“With so many exceptional operators in a relatively small area – when compared to somewhere like London – keeping your offer genuinely interesting and standout is a challenge.

“We’ve come to be known for our incredibly personal service; we always remember our guests and what their favourite drinks are or what table they prefer to sit at. But we have had to adapt a lot, and we make no bones about that.

“One surprise for D&D London was the bar demand in Manchester, and we definitely had to tailor our service and our business plan to keep up with it. The key to remaining relevant is definitely keeping your finger on the pulse; listen to your guests, understand how they want to interact with your space, and adapt it – in a way which is authentic to your brand, of course, but is also relevant to what they want.”

This has been the team’s approach with the pop-ups that have graced its terrace over the past two years, such as the giant snow globes which keep revellers cosy in the winter, and the summer ‘bloom rooms’.

“By installing the seasonal activations, we created excitement and photo opportunities for social media, as well as making the operations of the terrace easier to manage,” explains Becky.

“With social media and the influencer industry now being as massive as it is, when we think of activations we have to envision what will look great as a photo opportunity, as this is huge from a marketing point of view.” 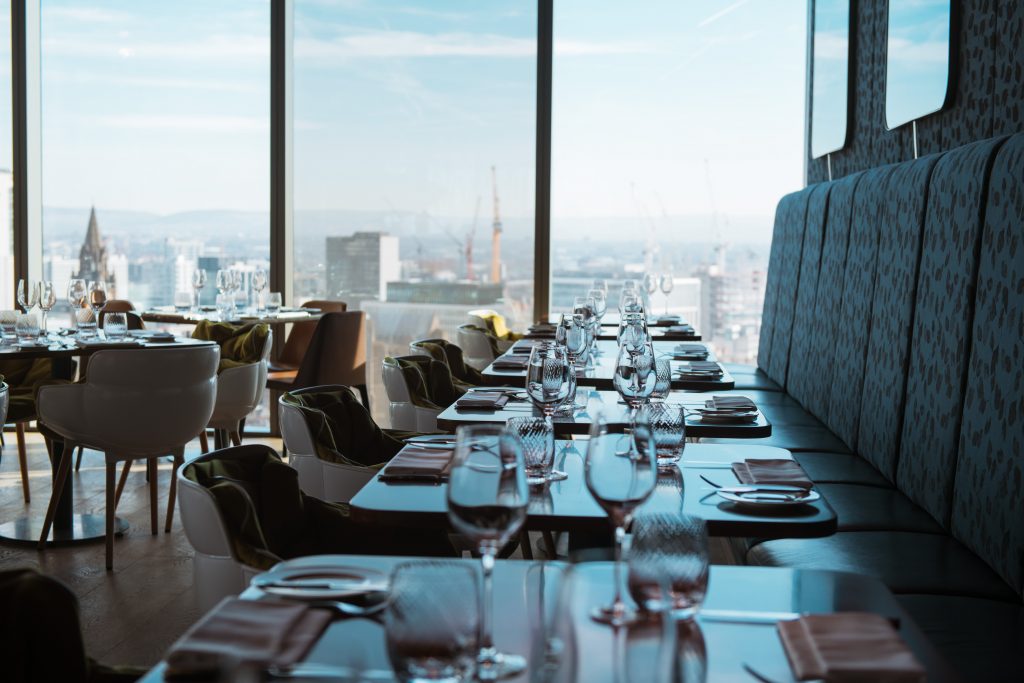 Key seasonal touchpoints remain vital for 20 Stories’ marketing, as the terrace recently welcomed Manchester’s highest Christmas tree to the space and readies itself for the festive frenzy that the Christmas markets bring.

“Come November we’re in full festive swing, but the preparation actually starts in July, when we confirm our seasonal menus and start creating collateral.”

In such a competitive market, it would be easy for ‘restaurant wars’ to be prevalent. However, Becky sees 20 Stories’ insistence on adopting the opposite approach as a vital ingredient to its continued success.

“The thing with Manchester is that people tend to move around during their evening, preferring to visit a few restaurants and bars within a few hours rather than staying put in one place. Because of that, having other restaurants and bars join the neighbourhood really does complement us well.

“20 Stories for a pre-dinner cocktail followed by The Ivy for dinner and a nightcap in The Alchemist isn’t an unusual circuit, so we all benefit from being close by. It is so important to have good relationships with other restaurants, as we find that guests often ask for recommendations for places they can head to next.

“If you’ve formed that trust with your peers, you can always pass business around and have the confidence that your guests will be looked after in another place too.

“I love that about Manchester. It’s so friendly and accommodating up here, and all the big bars and restaurants cheer each other on. We recognise that we each bring something different to the city and that we’re all brilliant in our own right. 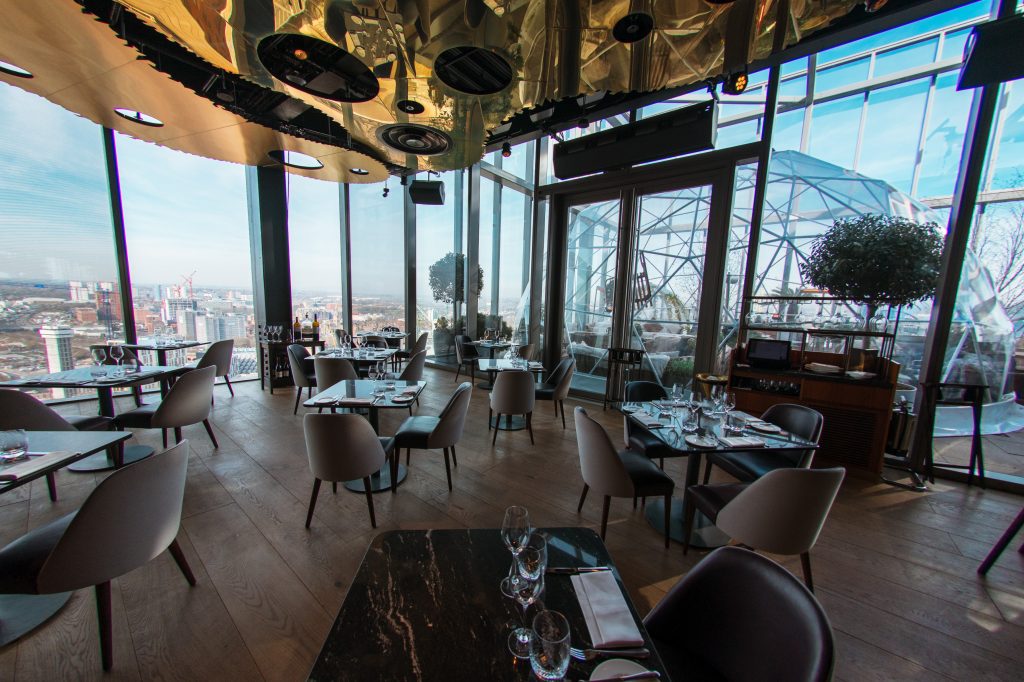 “Manchester was built on that ethos – not agonising over what others think of you, not being overly competitive, and just being confident in who you are and what you offer. It’s a magnetic attitude, and just as it worked for the music and culture scene, it’s working nowadays for the hospitality economy – people are drawn to the city because of it, and we know that we don’t need to waste our time with gimmicks to attract customers.

“That’s ultimately the key, and probably my biggest piece of advice to other operators looking to open here. Don’t go down the gimmicky route, because Mancunians can smell it a mile off and see right through it.

“Listen to your customers, tinker with your approach in a way which feels right to you, focus on quality, and you won’t struggle to stand out – we definitely haven’t!

“It’s such an exciting time to be part of the industry here. The future is definitely bright.”

Bright enough for another D&D opening, even?