Will the coronavirus outbreak cause a global economic downturn?

Home Hotel & Lodging Will the coronavirus outbreak cause a global economic downturn? 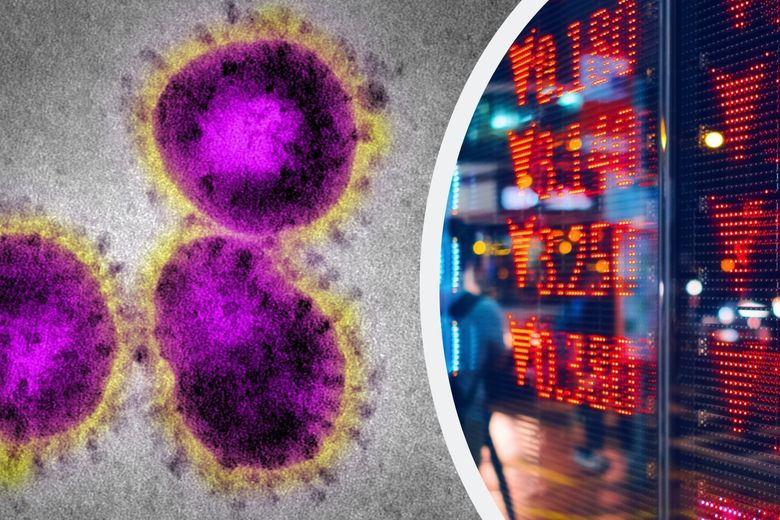 The COVID-19 coronavirus outbreak, also known as Wuhan pneumonia, is at the turning point from an epidemic to a pandemic. According to the update at the Centers for Disease Control and Prevention on February 22, a total of 32 countries/regions have reported confirmed infected cases.

Besides mainland China, where the coronavirus outbreak first started, other places also show signs of failing to contain the disease. In South Korea, for example, the confirmed infected cases went up to 763 on Monday (February 24) morning. Six days ago, on February 18, the country only had 31 cases.

On Sunday, February 23, Italy reported that three people had died, and 152 others had been infected with the coronavirus; Iran also reported 43 confirmed infected cases.

Travel restrictions due to the coronavirus outbreak

Effective on February 2, all aliens who have visited mainland China, “during the 14-day period preceding their entry or attempted entry into the United States,” will be suspended to enter the United States, with some exceptions. The U.S. Department of State also issued a “Level 4: Do Not Travel” warning to its citizens who plan to visit China.

On February 22, The U.S. Department of State raised the travel alert to both Japan and Korea at “Level 2: Exercise Increased Caution due to an outbreak of COVID-19.”

Countries around the world have shut down the border with China or place a tight restriction to stop the tourists who had visited mainland China in the past 14 days from entering the border. Turkey and Pakistan also closed the borders with Iran.

There are no domestic travels either in the places where lockdowns and restricted-access are in order, like in central China, Daegu in Korea, and the northern part of Italy. People are advised to stay at home and restrict any gatherings or group activities.

Coronavirus’ immediate impact on the airlines

Airlines are canceling flights to and from China amid the coronavirus fears. From January 23, when China began imposing the travel ban until February 13, the departure and arrival flights in China dropped from 15,072 to 2,004 a day (domestic and international flights).

It is estimated that the global airline industry would lose $30 billion due to the coronavirus outbreak. Not surprisingly, Airlines operating in the Asia-Pacific regions would face the biggest hit with a $27.8 billion drop in revenue.

Comparing to what happened during the SARS outbreak in 2003, the airline industry lost $6 billion. It took nine months for international traffic to recover. Back then, however, there were a lot fewer Chinese traveling overseas than today.

Coronavirus’ impact on the tourism industry

In 2018, the Chinese spent $277 billion in international tourism. The United States came second but only with $144 billion. When the Chinese are not traveling or restricted to travel, the global tourism industry will suffer.

In the State of California alone, the Chinese tourists spent $4.015 billion in 2019, about 37% of the market share in the U.S. in terms of spending. There were 149 weekly nonstop flights, an equivalent of 45,000 weekly nonstop seats, flying in and out in Los Angeles, San Francisco, and San Jose.

Now, all major U.S. airlines have already canceled all China-bound flights until March or April. California is likely to lose about one-quarter income from Chinese tourists in 2020, at about $1 billion.

As far as the global tourism industry is concerned, when the Chinese do not travel during the first quarter of 2020, that means a loss of $69 billion ($277/4).

China has been a global factory for many years. Since 2018, the trade war between the U.S. and China began pushing more U.S. manufacturers to consider shifting their productions to other countries than mainland China. Still, many companies are now facing a supply chain dilemma when the Chinese workers are staying at home as a remedy to prevent further outbreak of the coronavirus.

Apple, for example, relies on Foxconn in China to assemble most of its products. Due to the coronavirus outbreak, however, it is uncertain when Foxconn would reopen its factories. It is hoped Foxconn may be able to resume 50% of its production level by the end of February.

Meanwhile, Apple has closed all 42 stores in China and does not know when they will be open again. Apple’s outlook gets double-hit by both supply and demand.

When is the end of the pandemic?

The Chinese government, along with the World Health Organization, has been consistently optimistic about the situation since its outbreak. I also wish the coronavirus has already been well contained by now. Nevertheless, I can’t help having a second thought when looking at the new confirmed infected cases in Japan, Korea, Italy, Iran, and other parts of the world. My suggestion is to hope for the best but prepare for the worst.

Have you already noticed the negative impact of the coronavirus outbreak? What do you see the outlook of the economy? What are your suggestions for dealing with such a public health crisis?