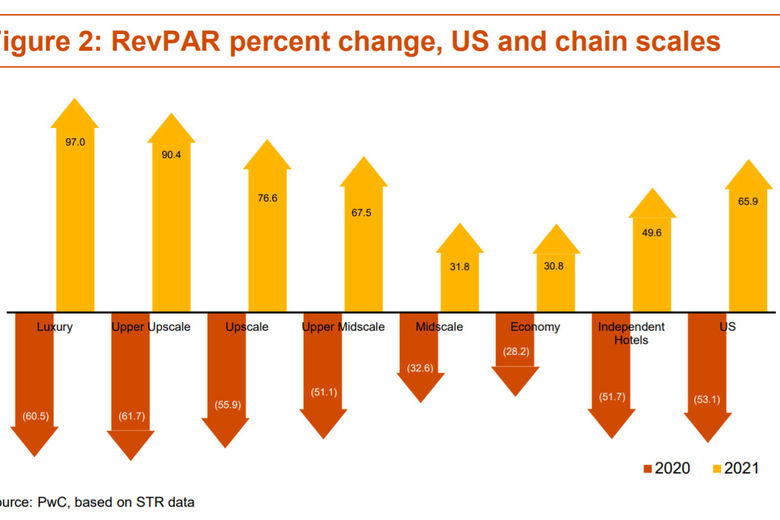 Prior to the outbreak of COVID-19 hitting the US, RevPAR growth had been decelerating, increasing just 0.7 percent in Q4 2019 and 0.9 percent for the year overall. Slightly stronger growth occurred in the first two months of this year, with RevPAR increasing 2.2 percent in January and a front-loaded 1.7 percent in February, as COVID-19 began to impact market performance in the back half of that month.

US hotels experienced unprecedented declines in top-line performance in March, with RevPAR dropping 51.9 percent from the same month last year. The second quarter is expected to experience even greater declines, with RevPAR dropping close to 80 percent from the same period in 2019. COVID-19’s impact on hotels is not universal – big box group properties, luxury hotels and resorts, as well as hotels in gateway cities at the epicenter of the outbreaks, are being impacted disproportionately. An extraordinary number of hotels have temporarily closed.

The length and severity of this pandemic remains uncertain and is discussed in more detail in this expanded edition of Hospitality Directions US. For this update, we have assumed that the daily number of new COVID-19 cases in the US peaked in late April. We currently expect annual occupancy for US hotels this year to drop below 40 percent, and average daily room rates to drop almost 20 percent, with resultant RevPAR declining over 50 percent from last year. RevPAR in 2020 could fall to a level not seen since 1994.

In 2021, temporarily closed hotels continue to reopen and demand growth builds as the economy continues to open back up. Occupancy experiences a strong increase over an easy previous year comp. As in the last downturn, ADR is slower to recover, resulting in an expected year-over-year RevPAR rebound of roundly 63 percent.

Challenges to the above outlook continue to include political uncertainty both domestically and abroad, leading up to the presidential election; the speed at which the economy recovers; and whether there is a resurgence of the virus later this year or in 2021.