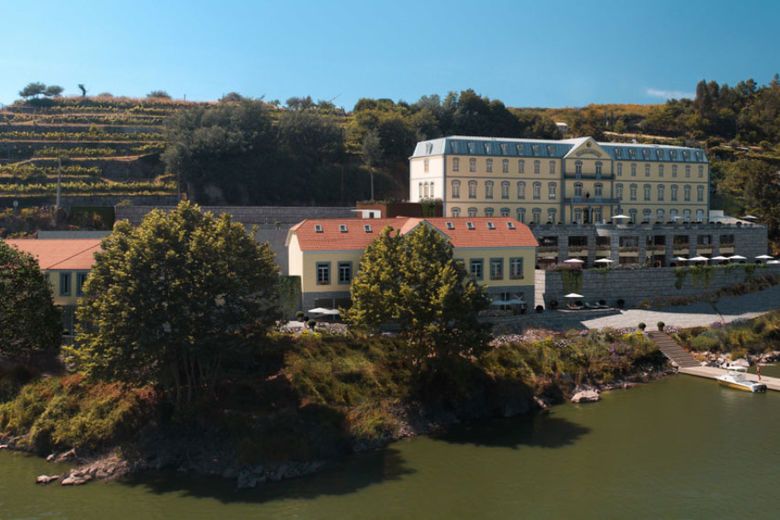 Portugal’s Palácio de Canavezes, a former Palace hotel visited by the Portuguese Royal Family and renowned for its famous thermal waters, is to become the latest opening from Campbell Gray Hotels, the bespoke international hotel operator renowned for its luxury hospitality and design.

Expected to open in the spring of 2021, Palácio de Canavezes will have 52 rooms and suites all overlooking the beautiful River Tâmega on the edge of the Douro Valley. The wellness retreat is located just 35 minutes by road from the centre of Porto and only 40 minutes from Porto Airport.

The original hotel building dates back to the early 1900s, when the Canavezes region became known for its unique hot springs and thermal, medicinal waters. Overlooking the River Tâmega, visitors travelled to the area to seek treatment for early 20th Century ailments and believed in the area’s healing properties and restoring the skin’s youthful glow.

The hot springs are believed to date back to before Portugal was founded, as the Romans discovered, and bathed in them, in 110 A.D. under the rule of Emperor Trajan. They were known then as Aquae Tamacanae.

The therapeutic qualities of the thermal waters led to major development in the area, including the bui lding of a bridge and Roman road across River Tâmega. The Portuguese Royal Family were known to visit the area after 1143, when Portugal was founded, with the first Queen of Portugal ordering a small residence to be built so she could receive treatment. A church was built not long afterwards. It wasn’t until 1908 that a hotel was built to host the large numbers of visitors to the area.

Now the original Palácio de Canavezes hotel is being restored and developed into one of the finest wellness and medical retreats in Europe. In addition to the 52 rooms and suites, there will be a restaurant and terrace overlooking River Tâmega, a PUREGRAY health and wellness facility, expanding on the heritage of the area and focusing on holistic wellbeing, an indoor swimming pool, sauna and steam room.

The treatment rooms and hammam are built into the rockface on which the resort is built. The landscaped gardens, overlooking one of the most beautiful river valleys i n Portugal, extend to the water’s edge and jetty for water sports. The wellbeing philosophy will define the cuisine, taking full advantage of the rich produce grown locally and there will be a merging of classic dishes with nutrition and culinary art.

The development and restoration of Palácio de Canavezes is being overseen by respected Porto-based architect Pedro Gomes Fernandes of Europlan, with the interior design being led by Paulo Lobo, who has extensive experience designing hotels, villas and restaurants in Portugal.

Alan O’Dea, Managing Director of Campbell Gray Hotels, said: “The restored Palácio de Canavezes will be one of the most sought-after wellness retreats in Europe, offering not only a beautiful setting near Porto but also expert advice on guests’ medical wellbeing. It is a magnificent addition to the Campbell Gray Hotels portfolio of luxury properties and we look forward to its opening in spring 2021.”